SOLD Rare Antique, 15-17th century, massive combat Mongol -Tatar wicker shield (Kalkan). A circular convex body formed of a spiral construction of rattan – bound wicker, and fitted with a domed central iron boss of convex form, and reinforced with elaborate iron fittings. The inner face set with two iron rings with plaited leather handle.
Some of these shields are being described as Tibetan shields, because many of these shields were found in Tibetan monasteries to which they were donated over the centuries, together with Mongol armour, including lamellar armor and helmets, (Please see Warriors of the Himalayas: Rediscovering the Arms and Armor of Tibet by Donald J. LaRocca .Page14.), as votive donations since Tibet was part of the Mongol-Tatar Empire, and Tibetan warrior contingents were a part of the Mongol-Tatar army, and used Tatar armor.
For a decade there were no serious studies of the armor from Tibetan monasteries, until recently, when arms historians classified the armor, shields, and helmets sometime described Tibetan, were in fact, of Mongol –Tatar provenance. Many of the so called Tibetan helmets, shields, and armour, are published as Tatar’s in the book “BRON I UZBROJENIE TATAROW” (Tatar Arms and Armour) by Jacek Gutowski.

The Tatar Mongol Warrior on horse in the Royal Armouries Museum - Leeds is displayed with a large wicker shield, very similar to this particular example.

Some of these types of eastern wicker shields were made for high rank officers, as luxurious parade shields with wicker bound in silk thread, and decorated with gold inlaid fittings. This particular example is a typical combat shield of heavy structure with simple iron fittings.

REFERENCES: Two similar examples of Mongolo - Tatars wicker shields, rattan bound, are published in the book “BRON I UZBROJENIE TATAROW “(Tatar Arms and Armour)by Jacek Gutowski. Page: 74. No 2 Page: 89. No 25. The Buyer will be provided with copies of the pages from the mentioned book along with a certificate of authenticity.

CONDITION: In good condition considering the age, with signs of usage, and wear to the rattan binding.

For similar shields please see the links below: 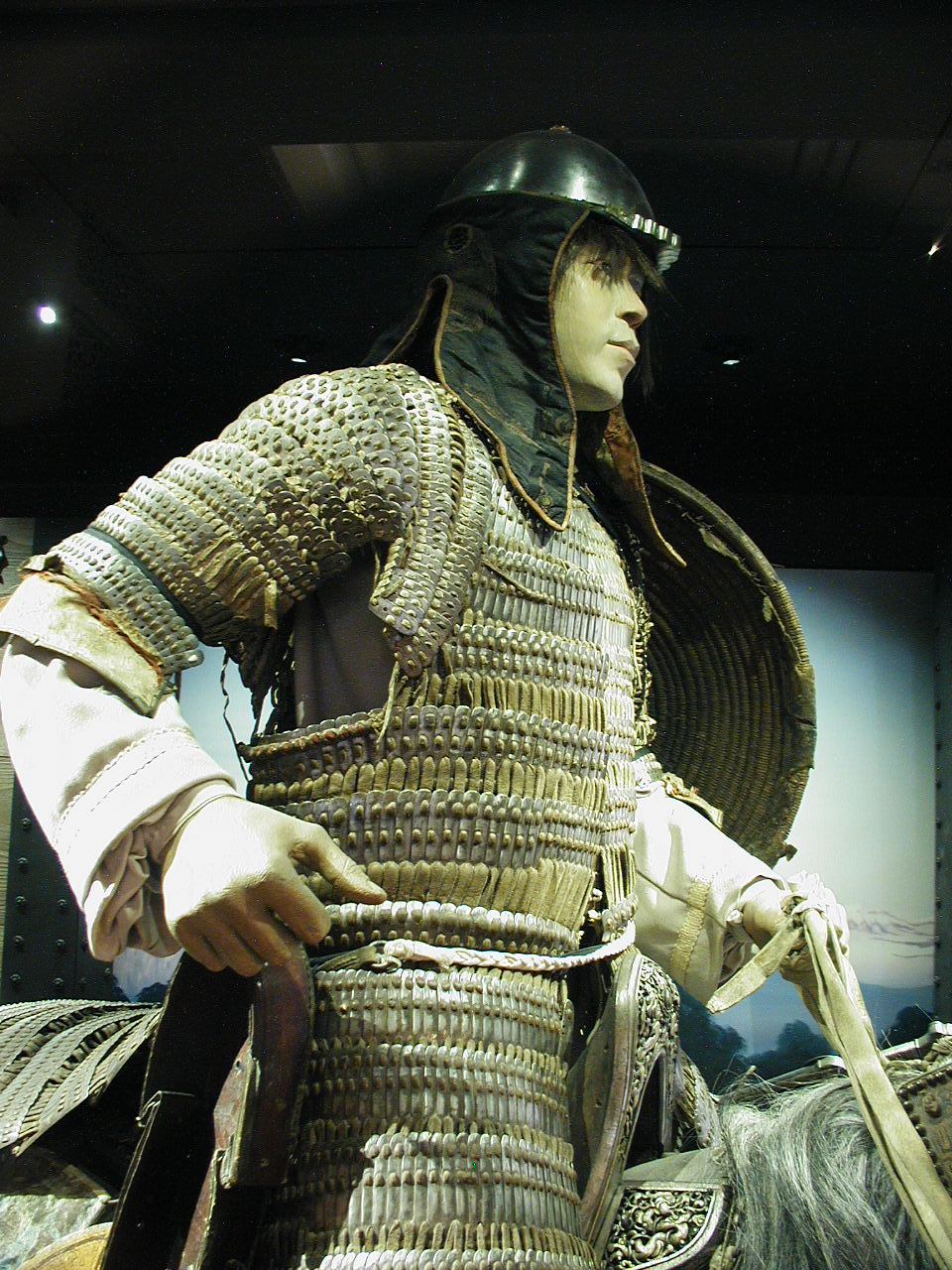